The Aegis connection?
Nicholas Soames, the Wardrobe with the Little Key, is a close friend of both BigEars and the paedophile Harvey Proctor. He is also chairman of the Aegis defence company and sits on the Queen's Privy. pic.twitter.com/5utYSPvr9i

So.. absolutely anyone, even pedophiles and flings, can sit on Elizabeth's THRONE but the only black biracial woman who married in was prohibited from wearing the palace jewels? The palace didn't refute that right? Bec it's true? KP, BP, CH aint looking good at all. SMFH. pic.twitter.com/G99YxAY31e

Britain, this is your monarchy. pic.twitter.com/TNXb3H1ZDQ

Why are so many freaking out about pedo souled out Luciferian @kevinspacey is seen in a photo with Ghislaine Maxwell? Thrones?

He was KNIGHTED by the Queen

He is one of them

This shouldn’t be so shocking 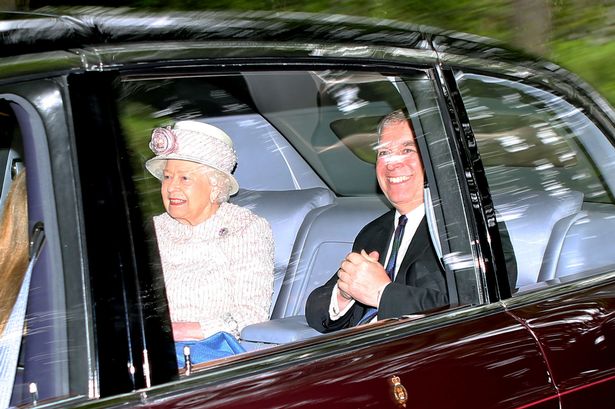 the queen riding to church with Andrew the day after Epstein died. She has also let him maintain military titles, public funding & 300K security despite not being a working royal.. 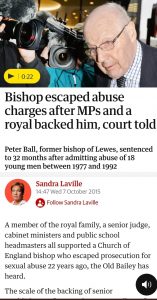 Nothing but lovely people working at Buckingham Palace : a culture of bullying and raping amongst royal aides.

Where are #PrinceWilliam and #KateMiddleton with their "mental health" noise when we need them? pic.twitter.com/vUGl8vSOiZ

Only the finest people are allowed in Buckingham ??#RoyalFamily#SexOffenders pic.twitter.com/bOMq8o3dxD

So, Prince Philip is the patron of a top Scottish military school where a "VIP pedophile ring" took place ?

And authorities were not in a rush to help the victims. 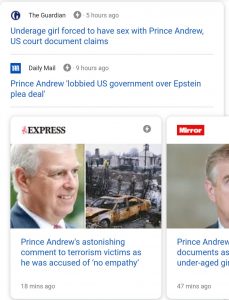 Revealed: @metpoliceuk destroy whistleblowing royal cop's duty logs for night Prince Andrew told @BBCNewsnight he was at home with the kids, not allegedly having sex with one

I feel it in my bones …
A long thread about Amanda Ellingworth, granddaughter of Mountbottom, coming on … pic.twitter.com/dFZdk6DHEO

This thread will look into the sordid legacy of paedosadism inside the English Royal Family. #OpDeathEaters

All information collected by @OpDeathEaters and @GeorgieBC circa 2014 – present. pic.twitter.com/9An7bC1T1l

UK police forum:
"The truth is the establishment is rotten and we need to sort it out." #OpDeathEaters pic.twitter.com/JDSHxhEp4D 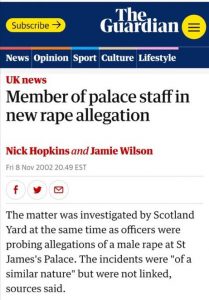 pic of Sara Ferguson when she took her kids on holidays to sex offender Peter Nygard’s Estate.