On Sunday, March 7th, 2021, Meghan and Harry will share their journey and what life was like as working senior members of the Royal family, the addition to their young family Archie, their new pregnancy news, their foundation Archewell and the issue which led them to leave the UK to live in the US, the Racial discrimination Meghan faced as a Senior Member of the Royal family.

Meghan has said in the CBS preview, that the firm is playing an active role in perpetuating falsehoods about them, and judging from that, we may be getting first hand what it must have been like for them while on the receiving end of an intense Smear Campaign.

Following what Meghan has said, these offensive headlines, Tweets, and articles are some pieces of evidence gathered by Meghanpedia to support Meghan’s claims of the Firm being responsible for the Smear Campaign against herself and Harry. There leaves little doubt of collusion by the Royal Family, the Firm, the Royal Reporters, and the British Press.

William staged a photo- op to fly budget commercial with Kate and the children after Harry and Meghan had been heavily criticized by the Press about flying private the day before when he could have shown some support to his brother He goes so far as to request an empty plane to achieve his plan. 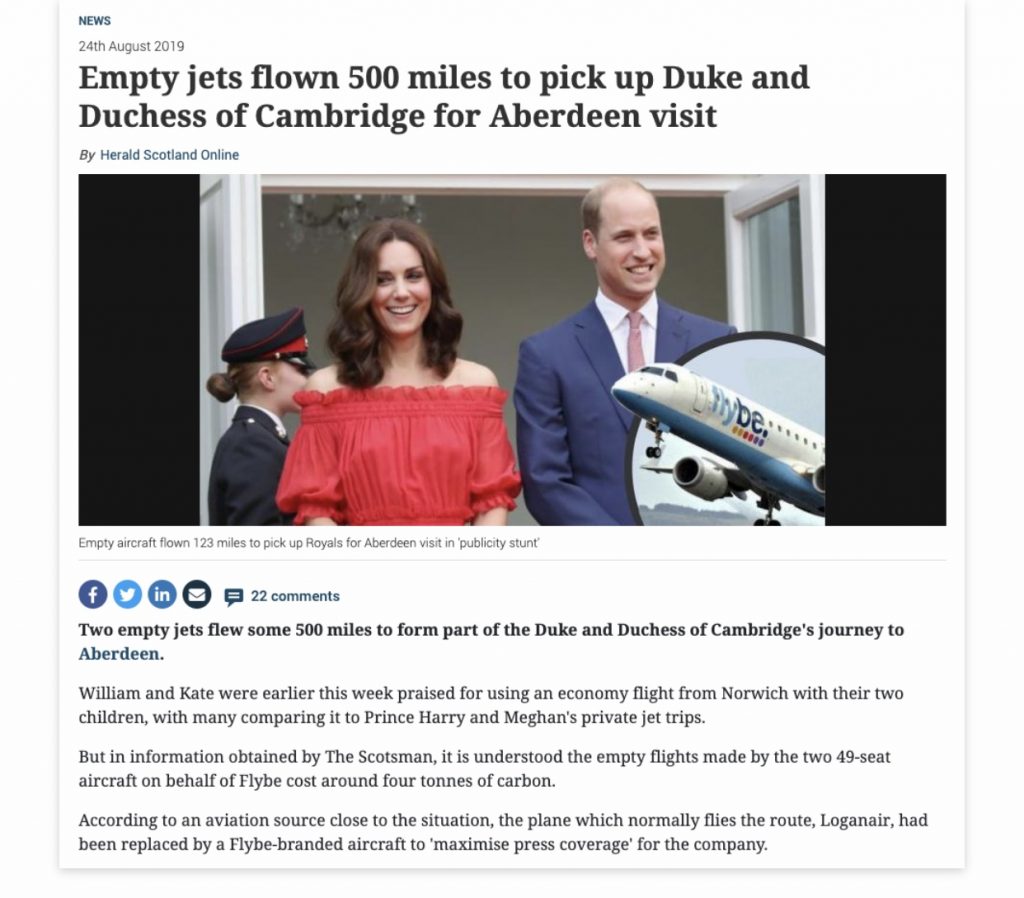 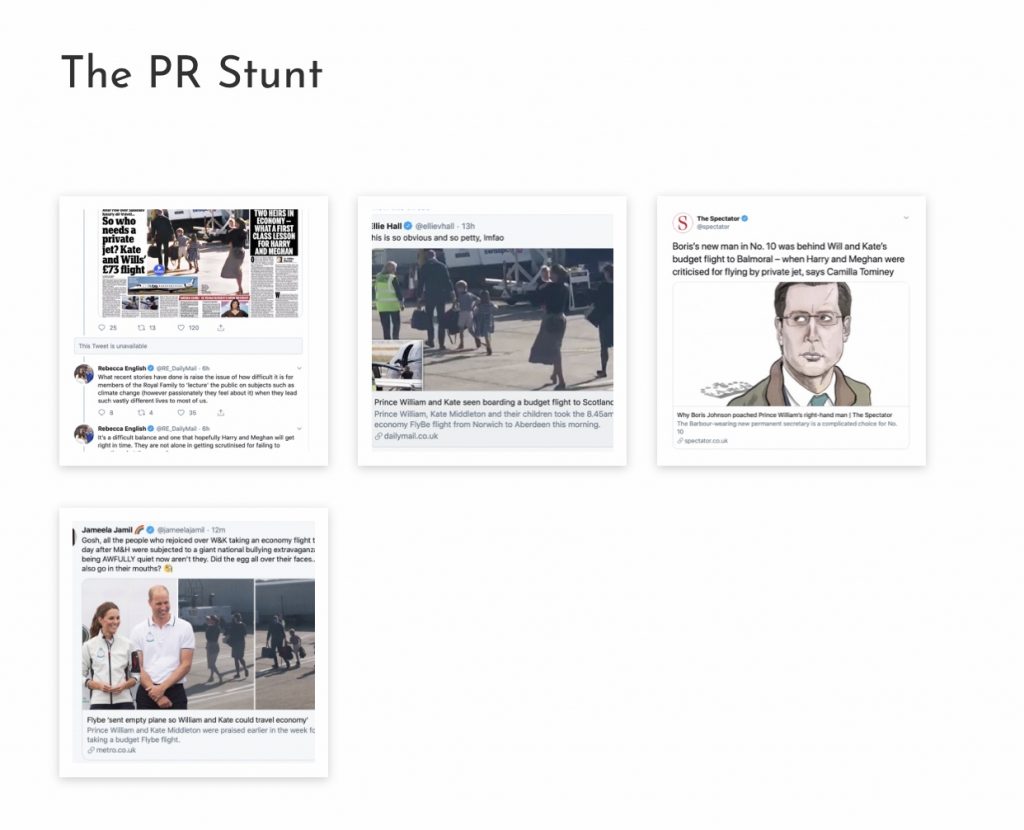 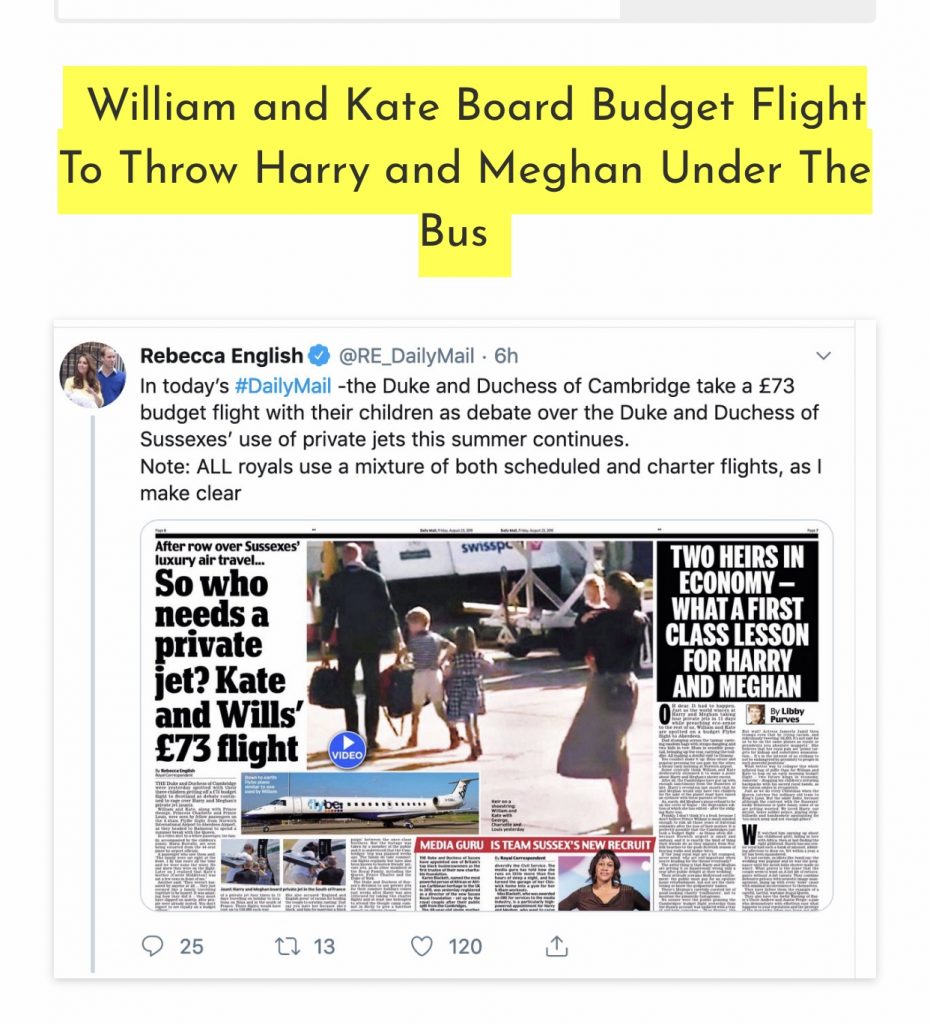 An article in the Sun claiming Meghan made Kate ‘cry’: This story was false and was not disputed by the Duchess of Cambridge which would have stopped the bullying of Meghan by the Press. 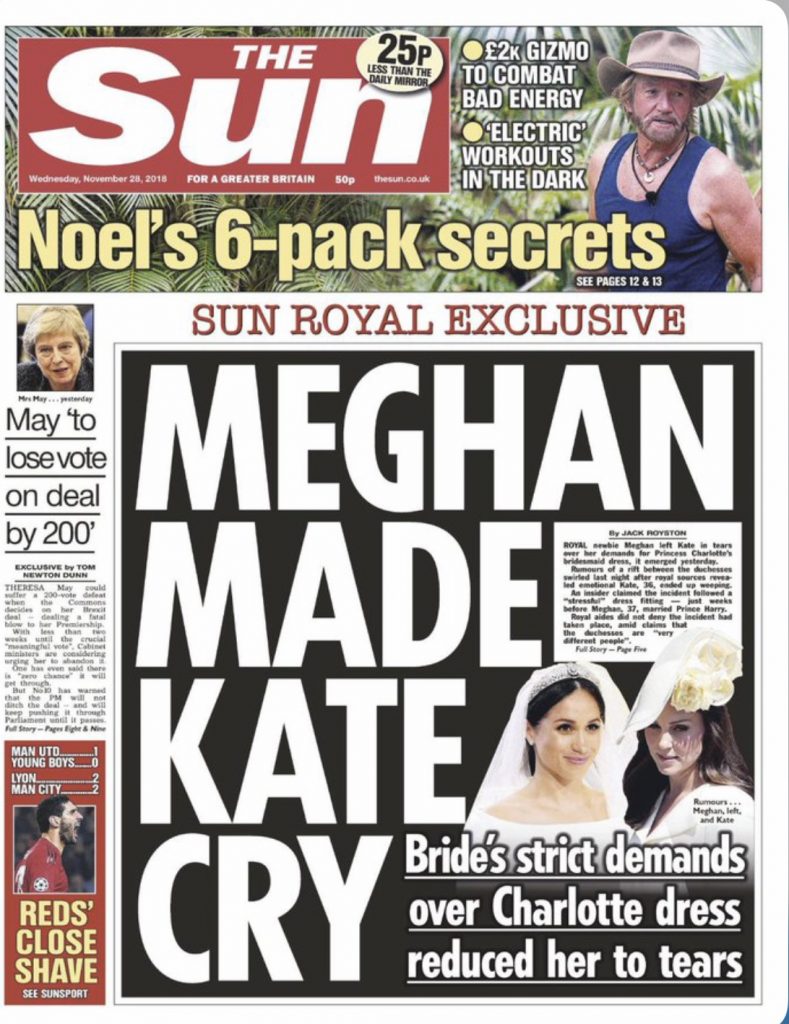 Another misleading article claiming Meghan’s wedding flowers almost put Charlotte’s life at risk. Those same types of flowers were used at Kate’s wedding which was described as following the Royal code but the DOC did not feel the need to dispel the story from the media or defend her Meghan despite the fact that it was not true. 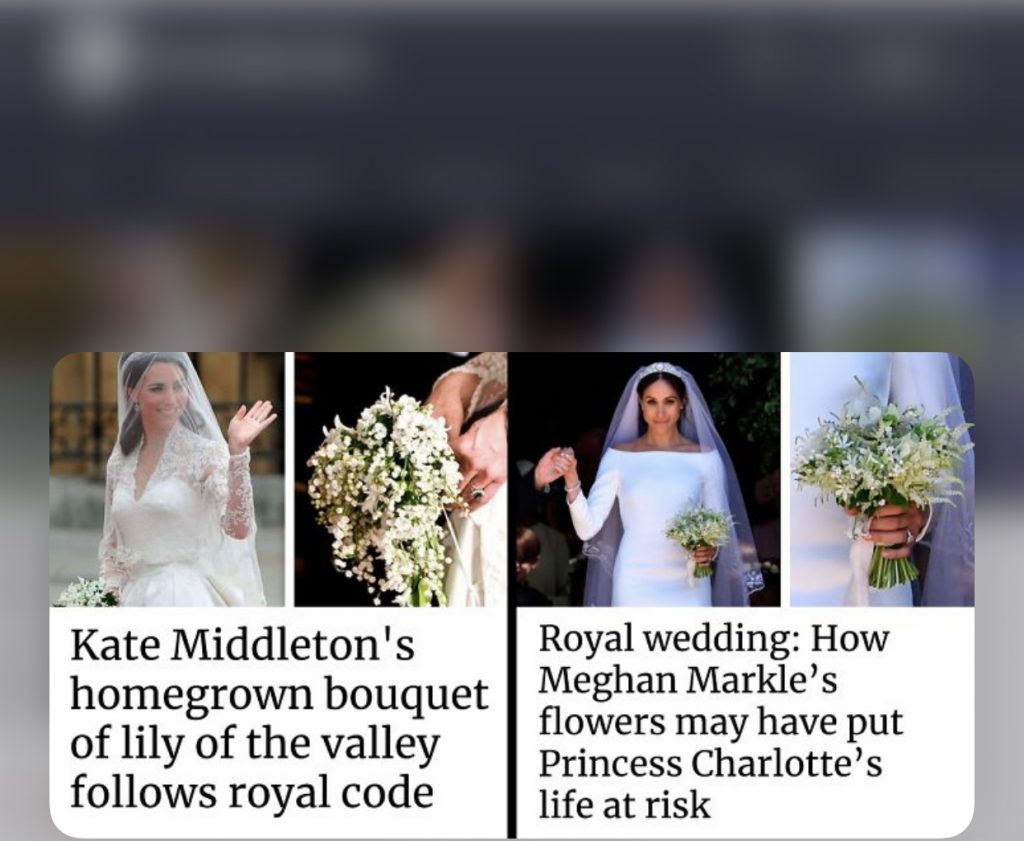 Prince Charles Director of Communications, Julian Payne likes disparaging tweets made about the Duchess of Sussex. 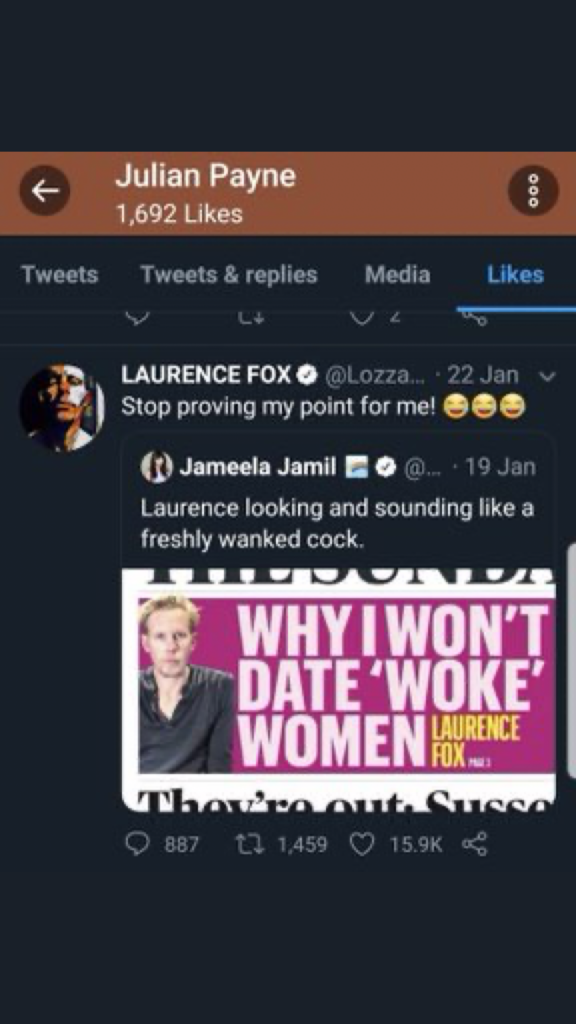 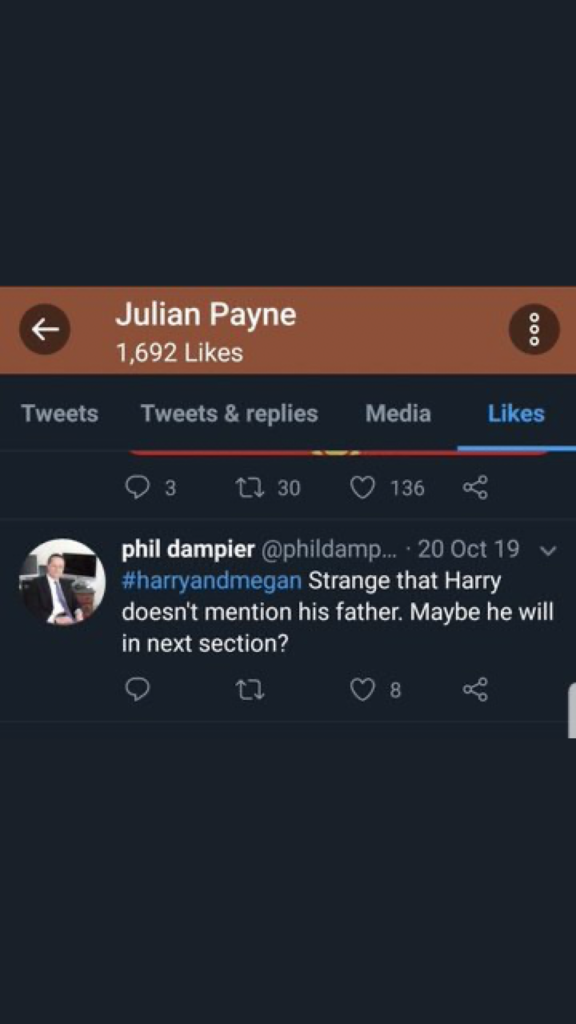 The Royal Palaces and Palace Aides

There are articles of palace Staff and aides that show a total lack of respect for the Duchess of Sussex referring to her as Duchess difficult, Degree Wife and Me- gain in a bid to undermine her. 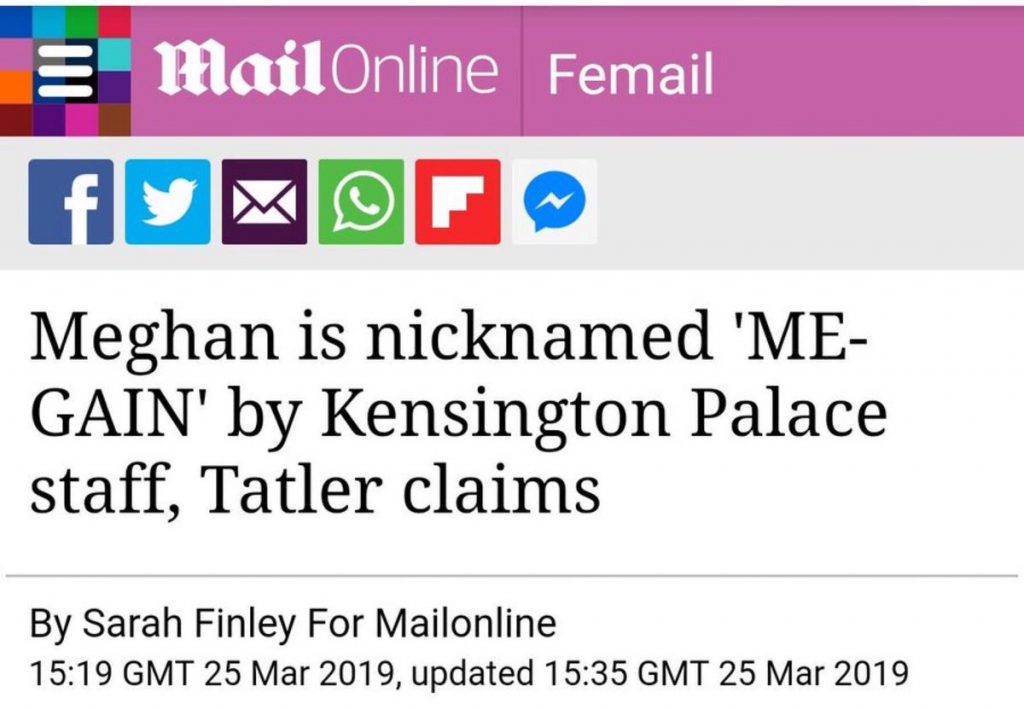 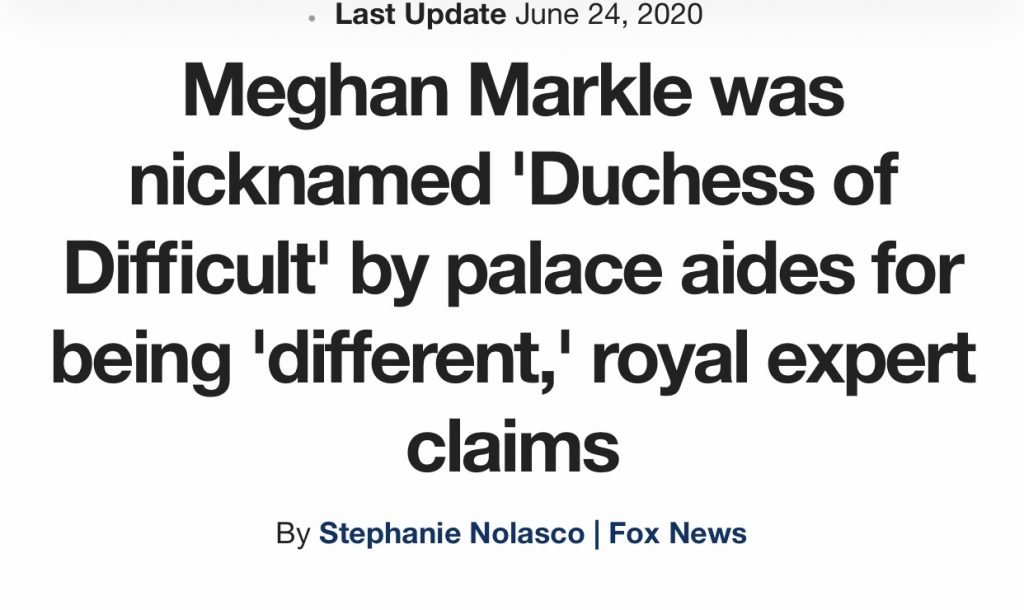 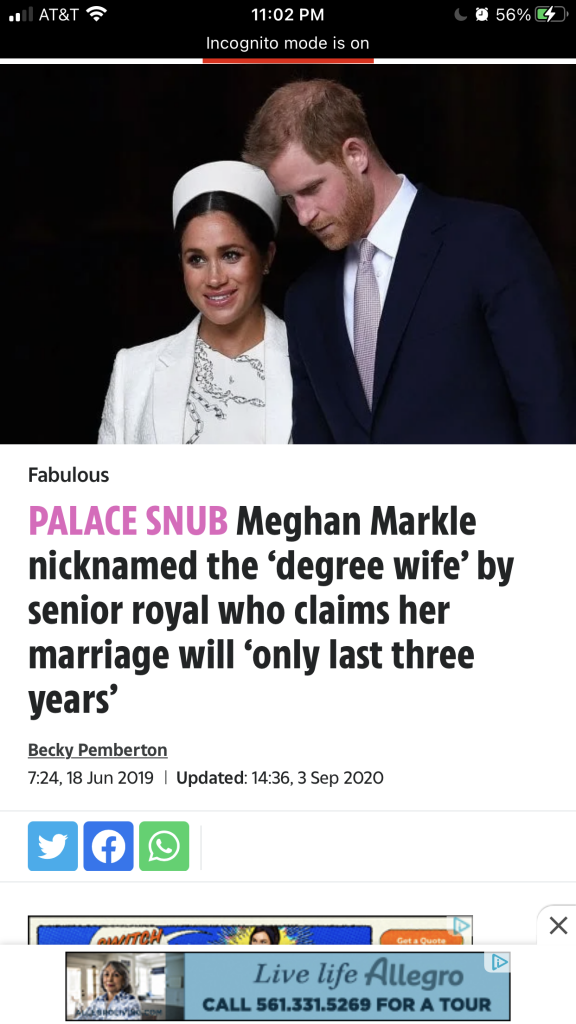 As part of their larger strategy of a Smear Campaign, The British Press contacted certain personalities to give their not-so-favorable opinions about Meghan.

We do not know the extent to which this specific campaign went but these are a few examples of people who allege were asked to speak negatively about the Duchess. 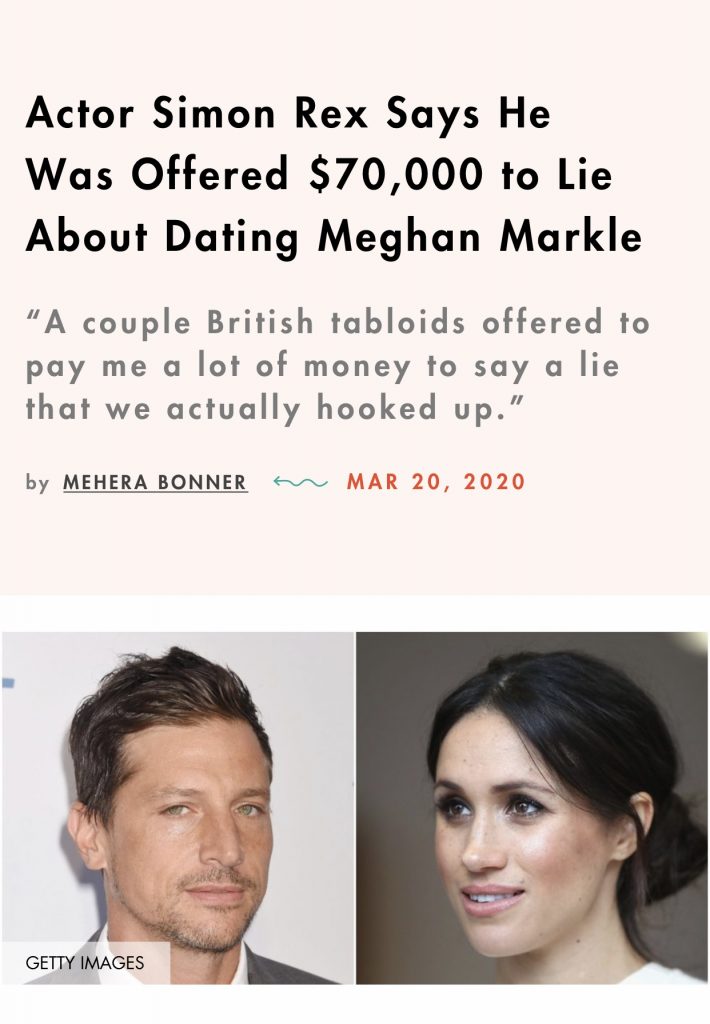 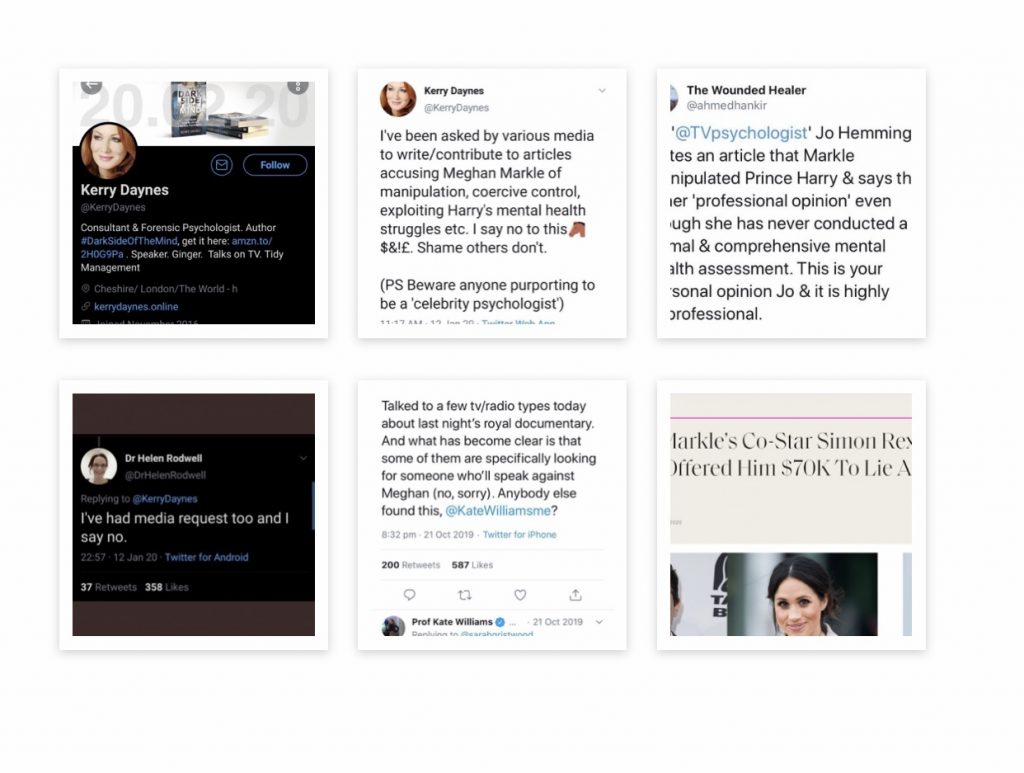 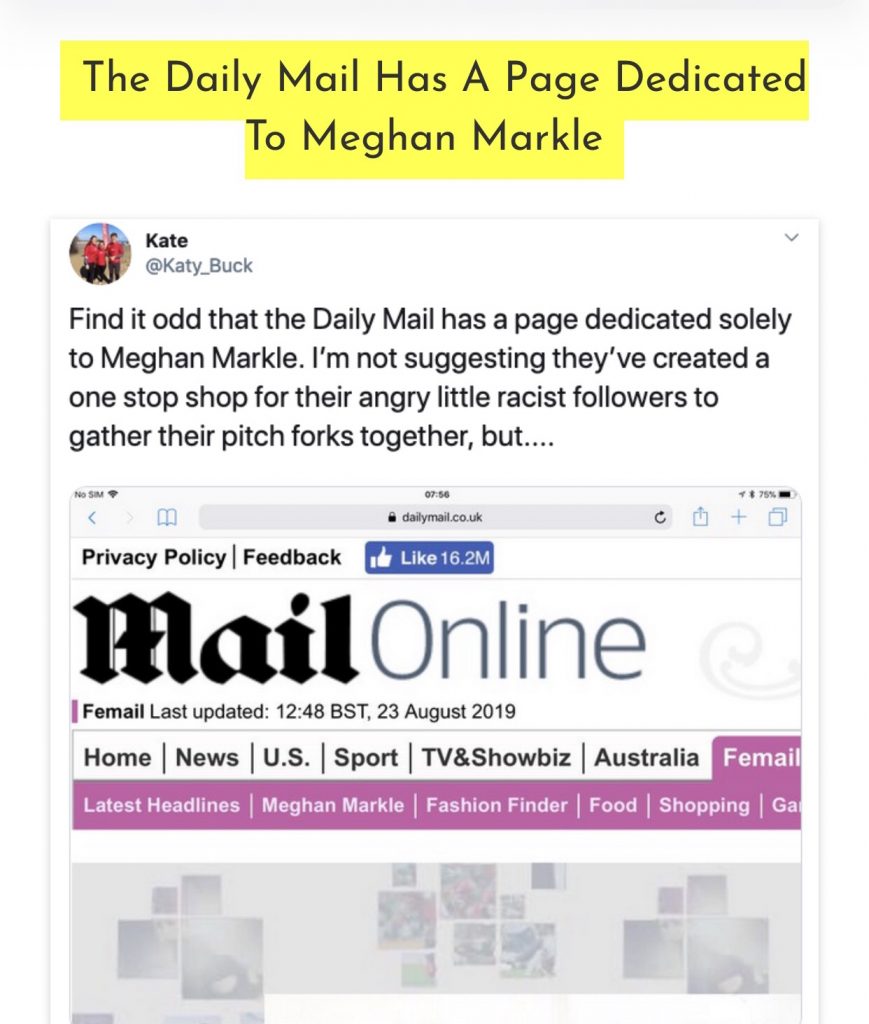 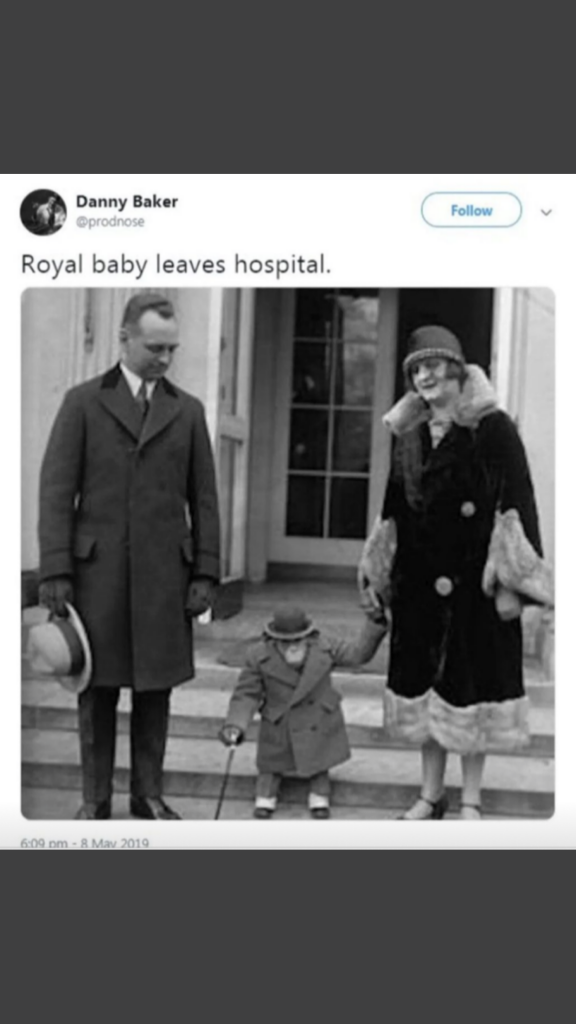 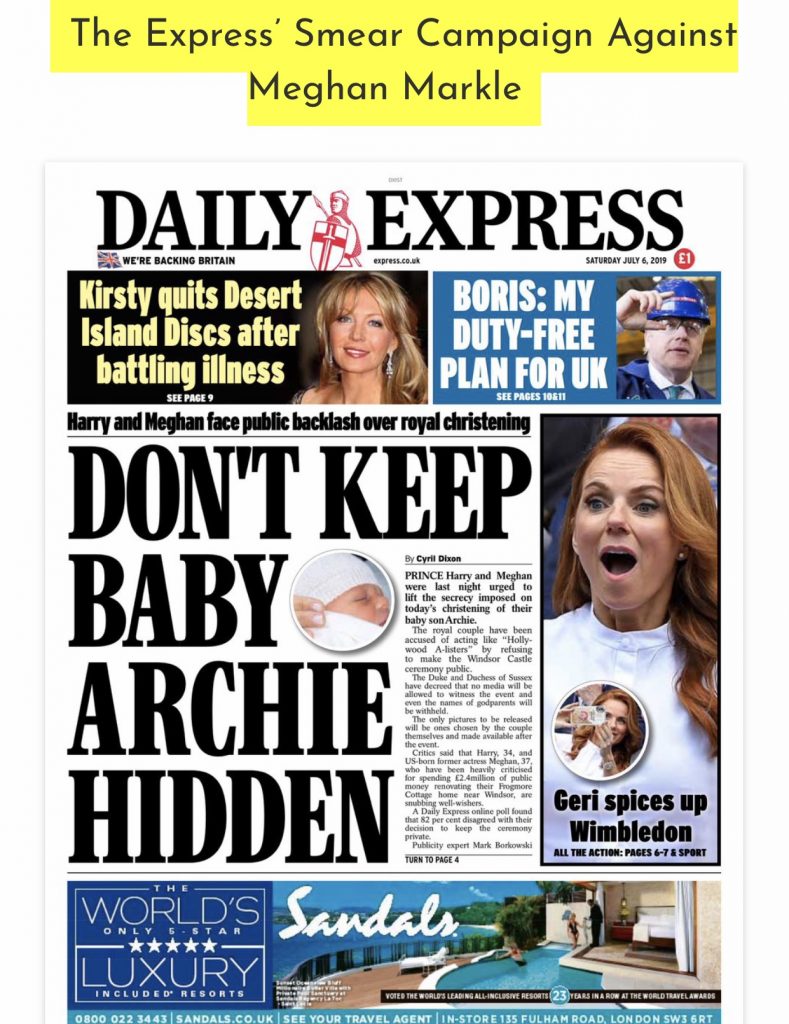 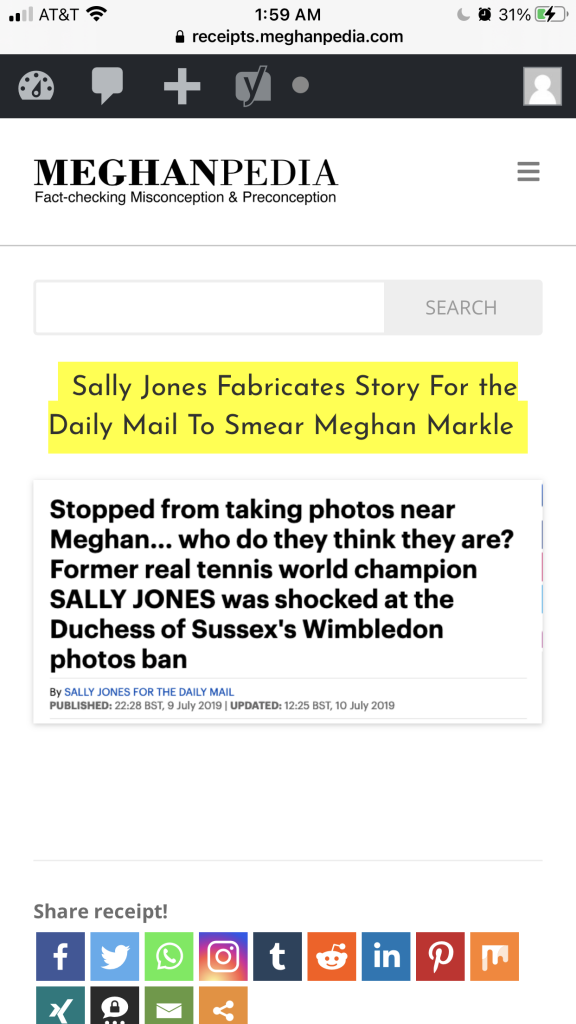 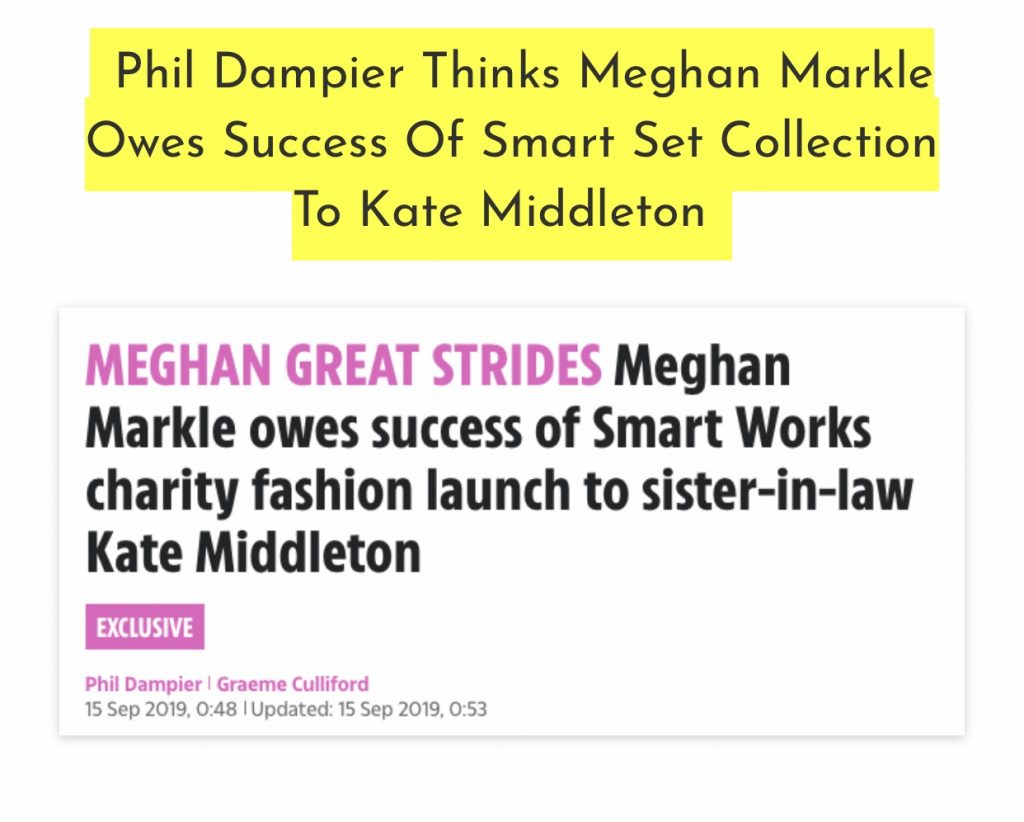 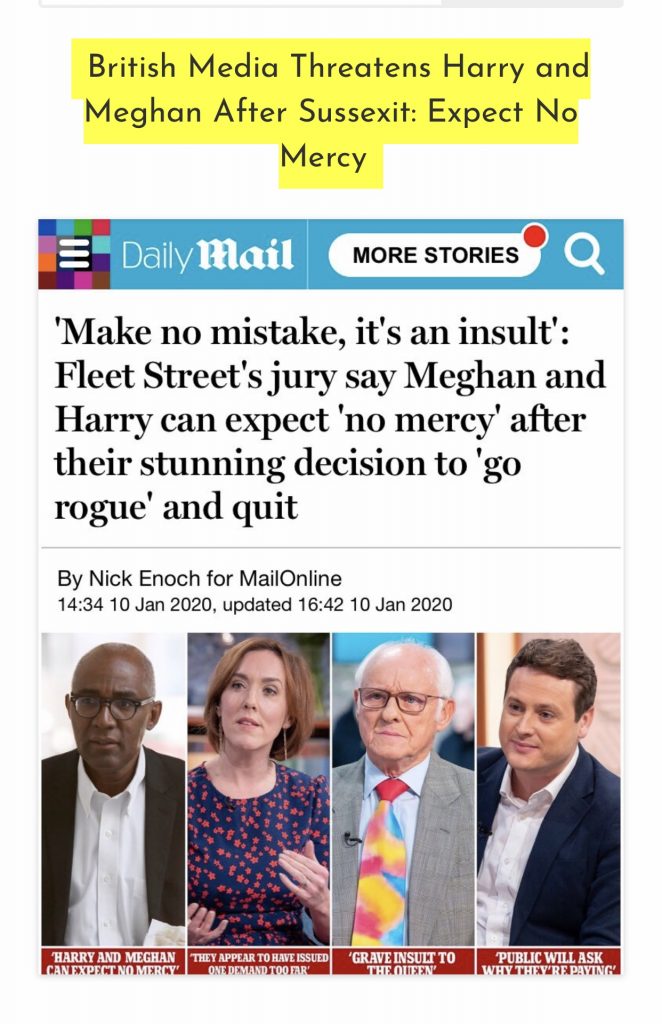 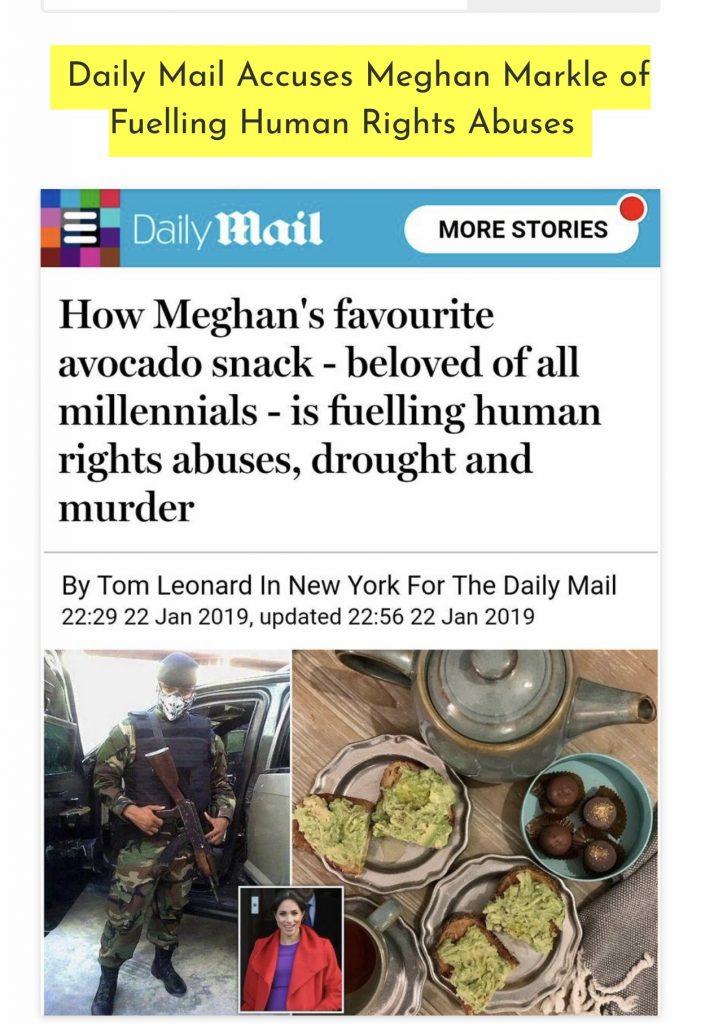 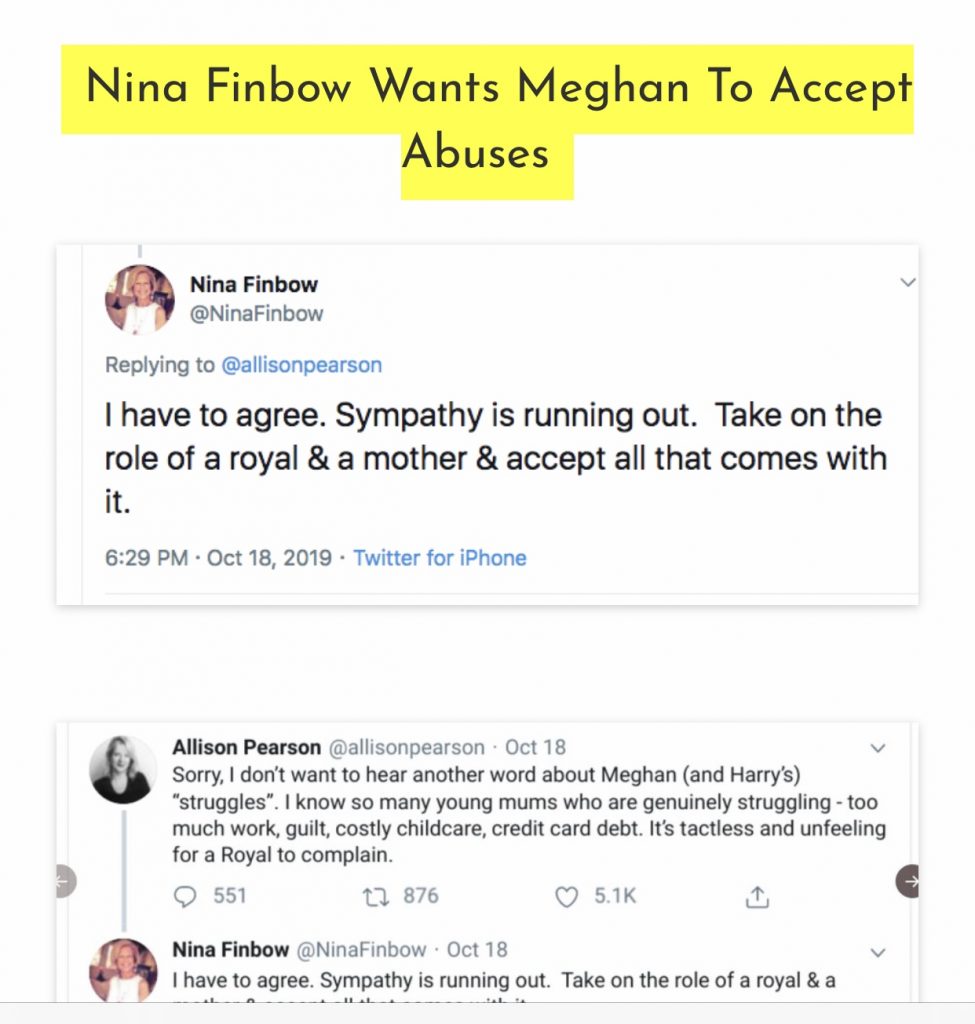 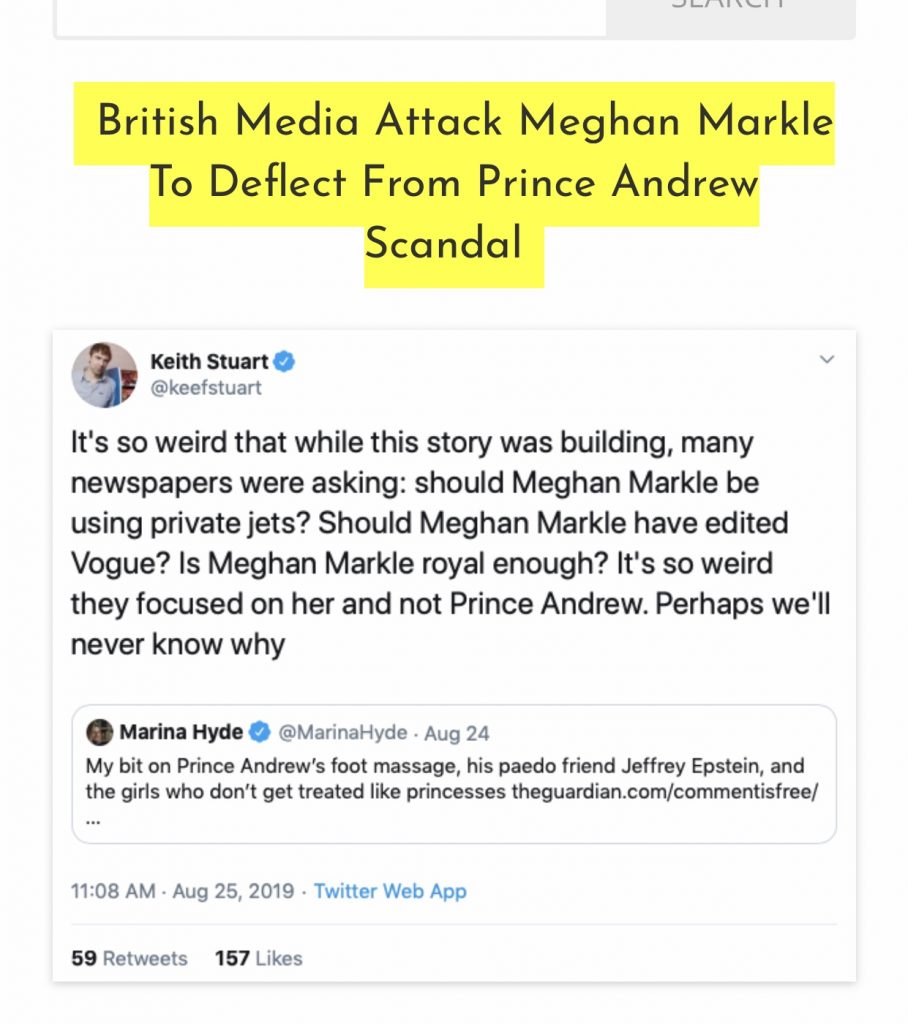 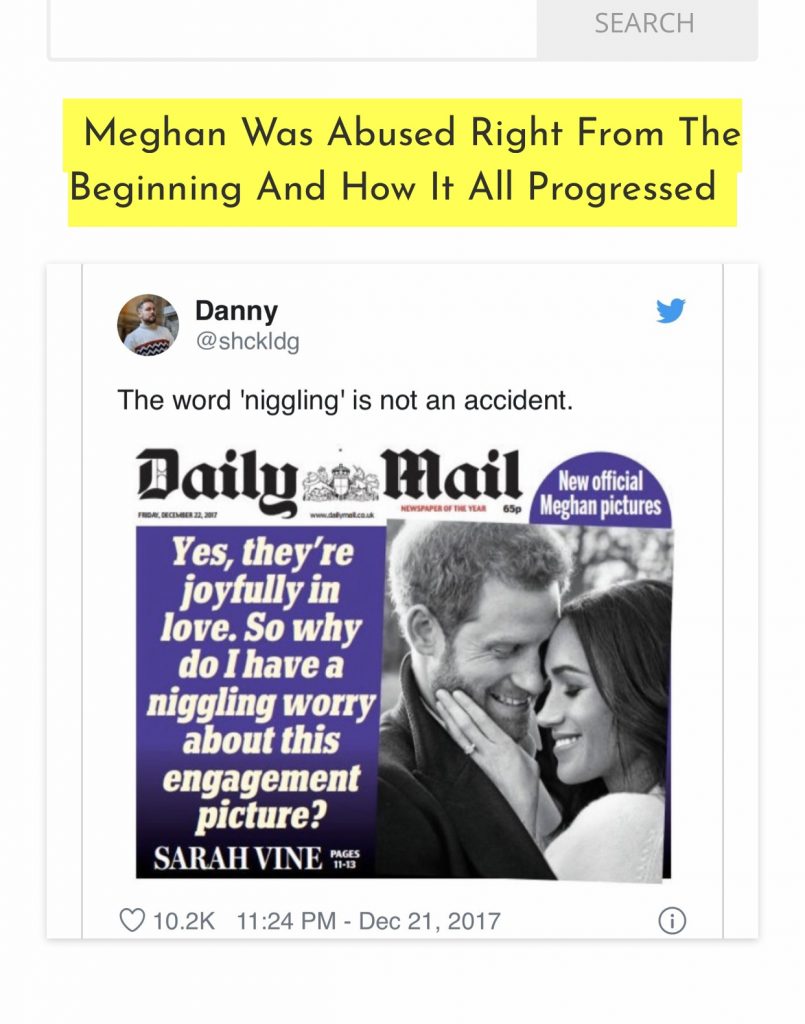 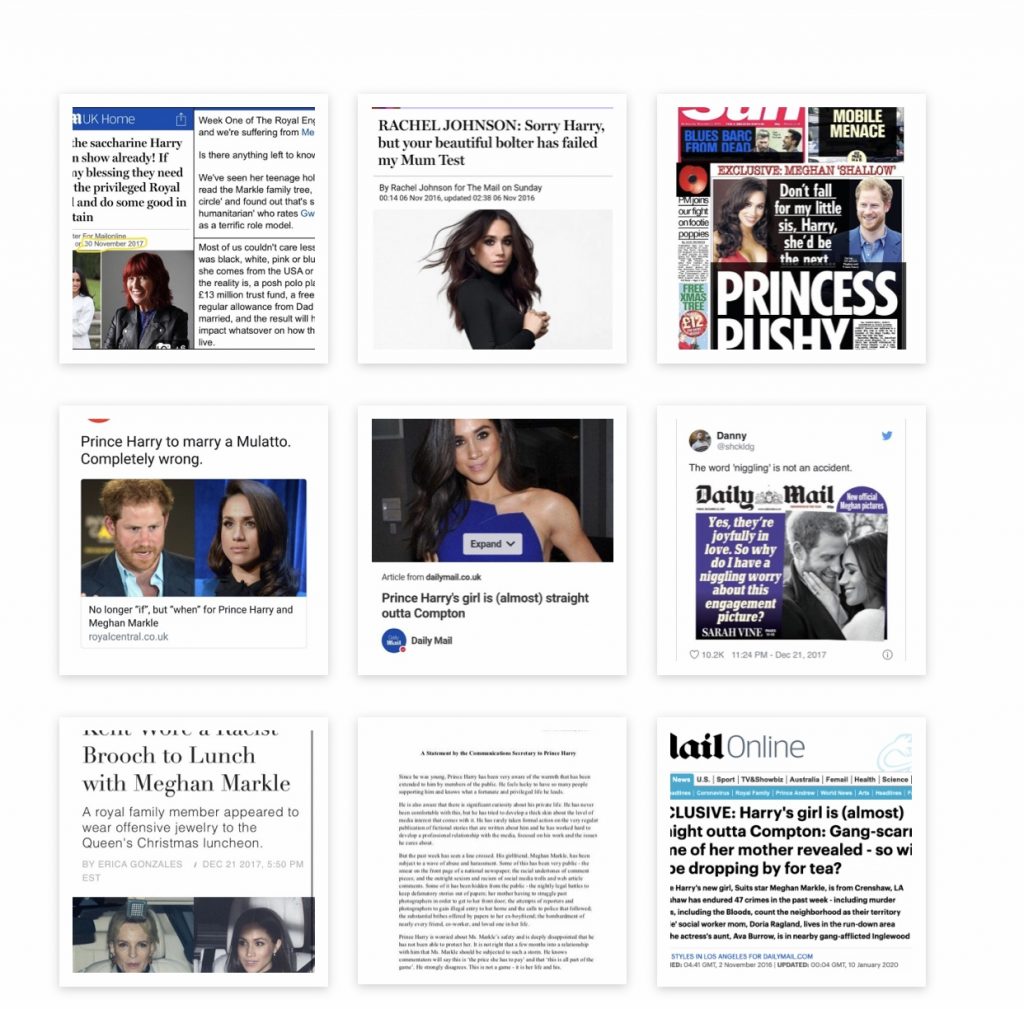 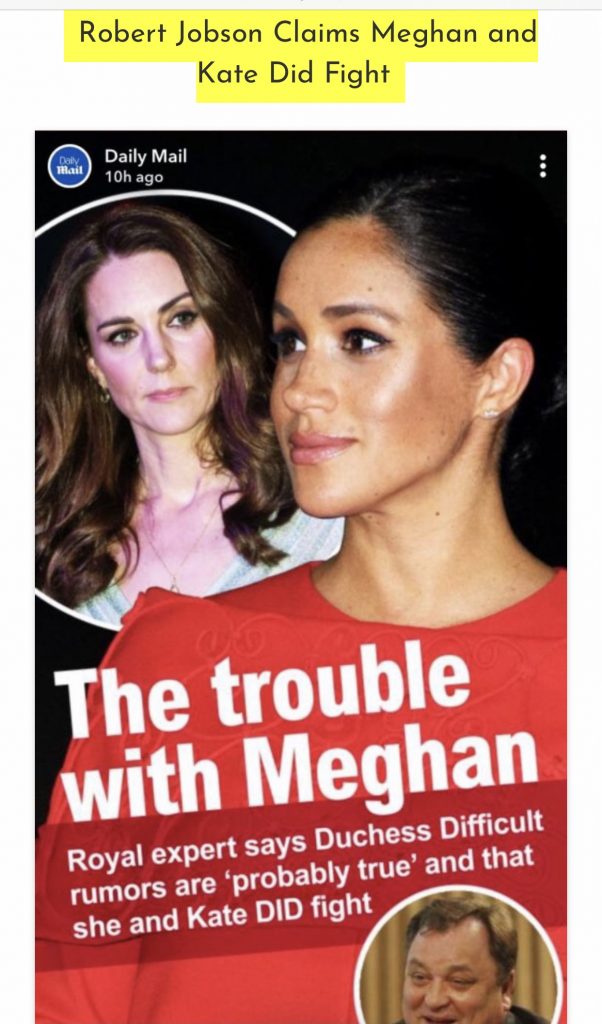 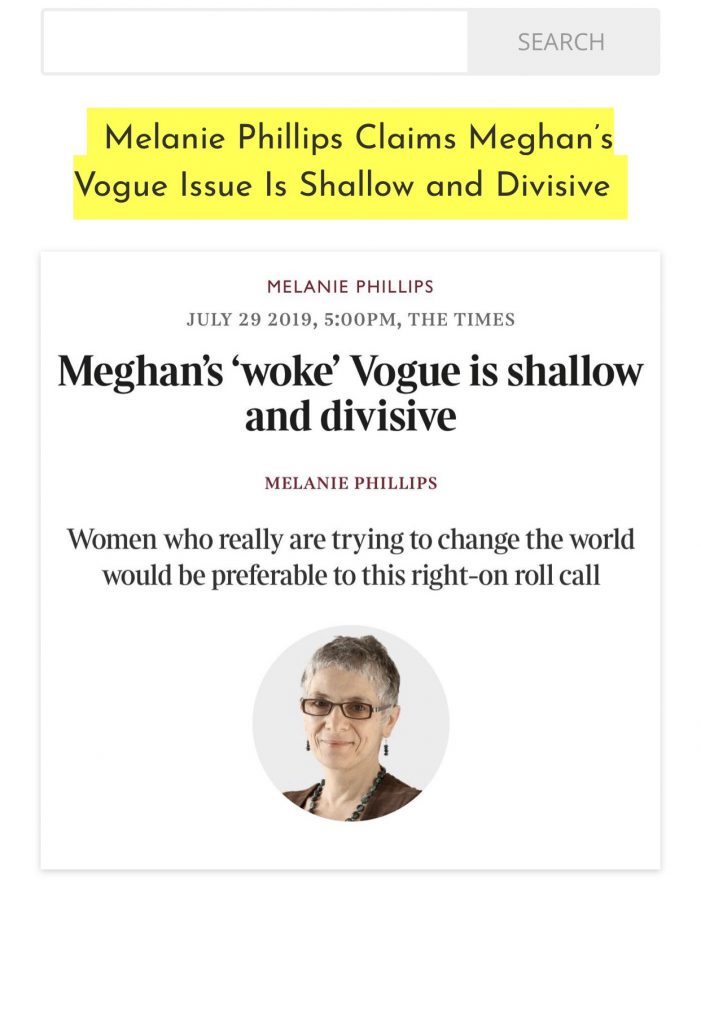 There is no doubt that Meghan was racially abused by the UK Society. It will be eye-opening as to what is revealed during the interview on Sunday, March the 7th, 2021 as the World waits to watch this highly anticipated interview.